I’ve seen a lot of noise about Firefox Quantum recently, and rightfully so: it’s faster, smoother, it uses Rust, it’s doing a lot of awesome things. There’s also demos of the Firefox Devtools, with the CSS Grid utilities and other goodies.

Personally, though, it’s a much humbler detail of recent Firefoxes that has improved my life the most: the send tab to device feature.

It’s a feature that brings back those UIs in movies and TV where you see people flicking documents between screens, and jabbing their handhelds forward to pass a presentation over onto the big screen. This is now possible on Firefox without the tired routine of copy-pasting the link in a chat or email or evernote, or saving it as a bookmark and then searching for it on the other side.

Nowadays, if I’m reading something on my phone and want to continue more comfortably on my laptop, it’s three taps and a few seconds later, tada! it’s there. 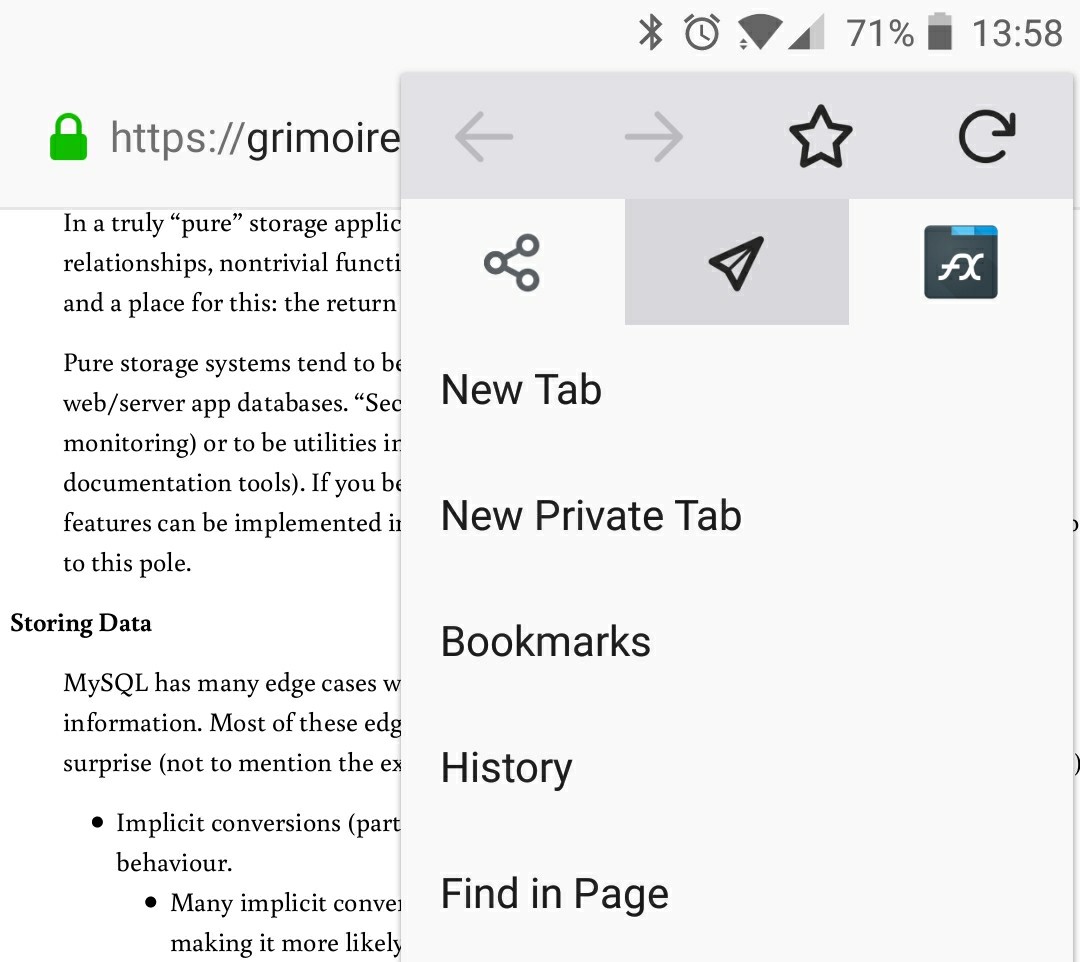 But beyond flicking between devices, the feature is useful for other workflows. You don’t need to have both devices on hand or even on for it to work.

One thing I now do often is send articles to my home laptop after finding them while browsing at work. It reduces procrastination and distraction because I trust these tabs not to be lost, and yet they are into the ether, out of sight and mind until I get back home.

I’ve sent entire volleys of tabs over to the office after starting to debug a fault while still at home, and then hopping in my car when things calm down a bit. When I arrive twenty minutes later I can just jump back in to whatever I was doing, and with the “Tabs on other devices” menu I can even pull other things I was looking at that I didn’t send over initially.

It’s a tiny feature, but it’s changed my usage a lot — for the better.